Imagine a movement that starts in the underground basements, reaches mainstream and gains great proportions after being incorporated by the industry. This sentence could easily be one referring to music, but it is actually about fashion.

Each one of us can be identified in the world through the clothes we wear and the music we listen to. Social groups organize themselves based on their perceptions of the world and the artists that inspire them. If music is understood as the voice of time, fashion must be its face.

The relationship between these languages remains registered in History. In the 20’s, the funky sounds of Jazz asked for short fringe flapper dresses. Rock ‘n Roll from the 50’s brought along pompadour hairdos, sideburns and leather jackets. The counterculture spirit of the Hippie Movement could be easily identified in floral shirts and bell-bottoms worn in music festivals by the audience.

Inspired by the wedding between fashion and music, the artist Fred Birchal created his last series of posters with costumes from great musicians. The collection was coined “Music Costumes” and it includes 35 digital arts representing artists that go from Bob Dylan to Beyoncé.

Fred’s work is impressive in its precision and great attention to detail. Each illustration was thoroughly created by the artist, showing the construction of a complex universe down to the smallest detail – Janis Joplin’s accessories, Prince’s guitar, and the lines of each spike in Kiss’ costume.

Unarguably, fashion and music complement and influence each other in a healthy but unconventional relationship. No jealousy, or attachments – music and fashion are also in a relationship with arts. 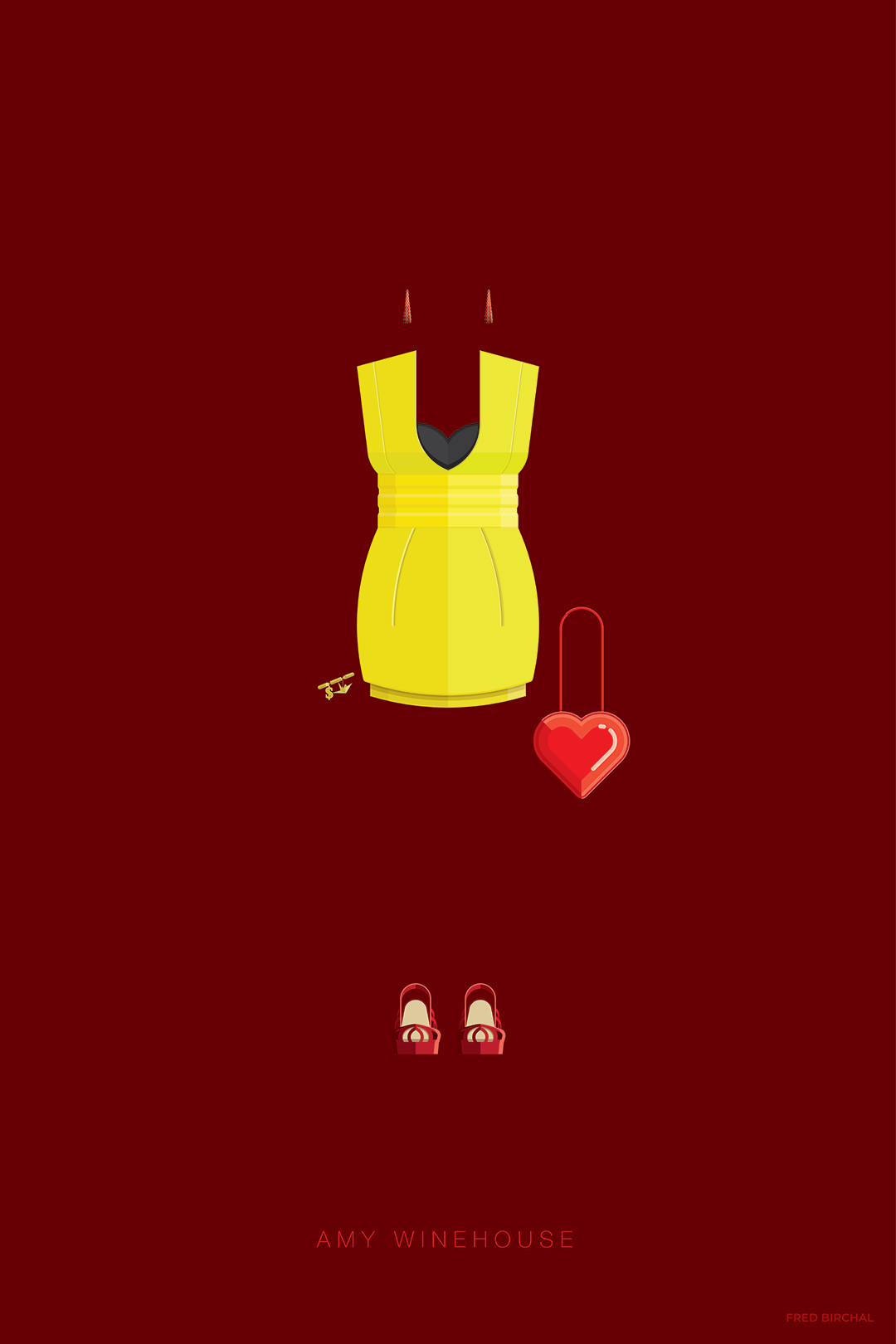 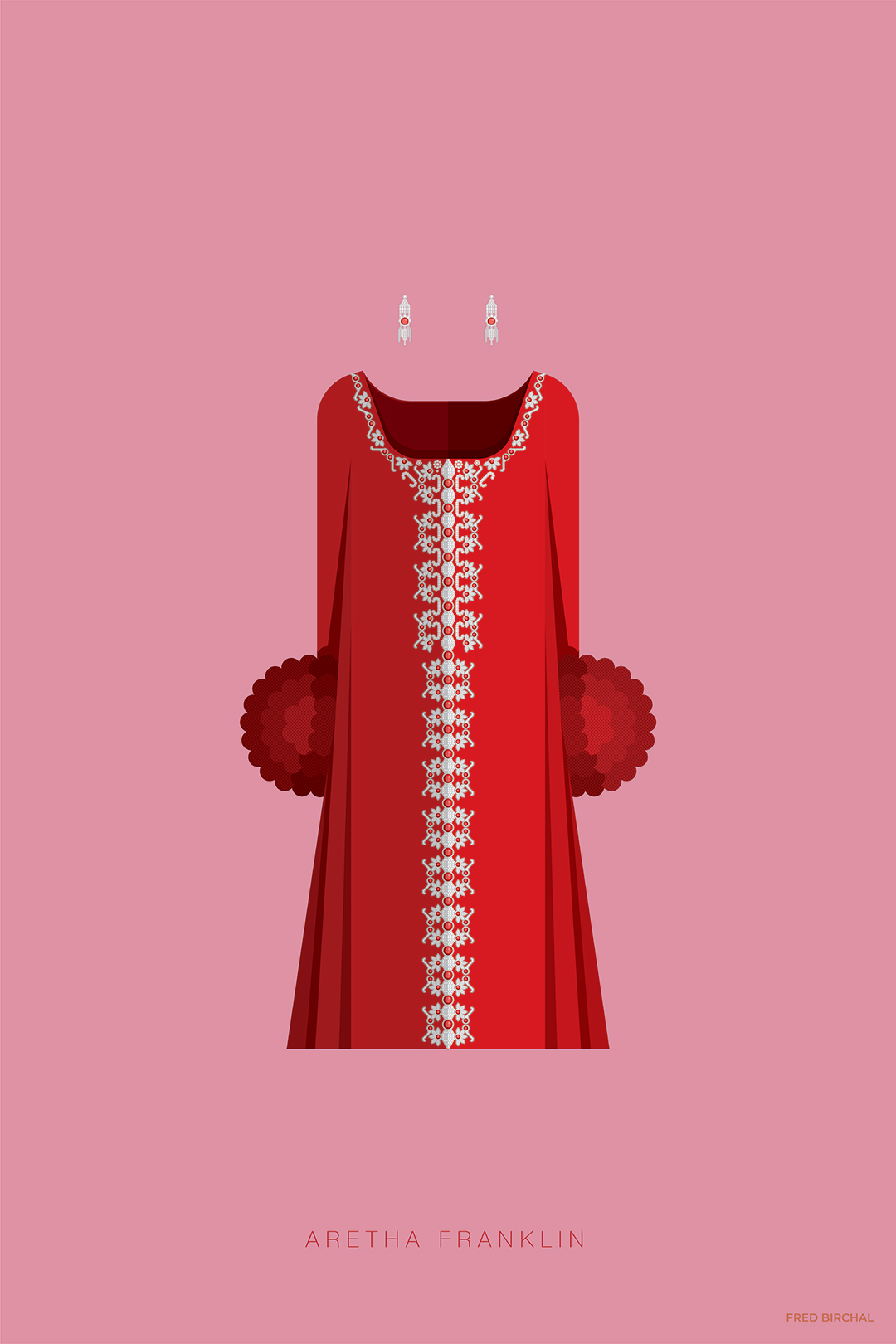 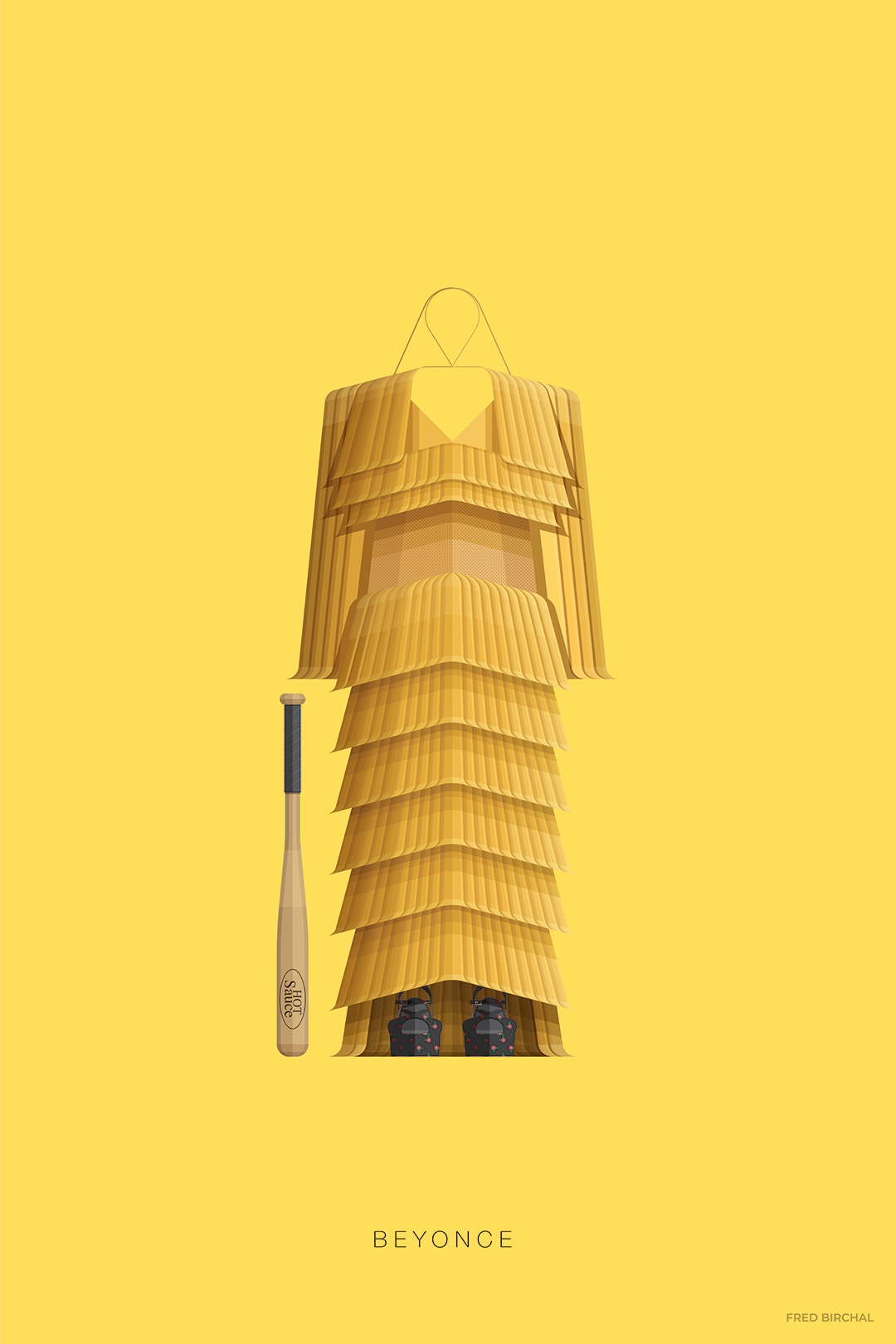 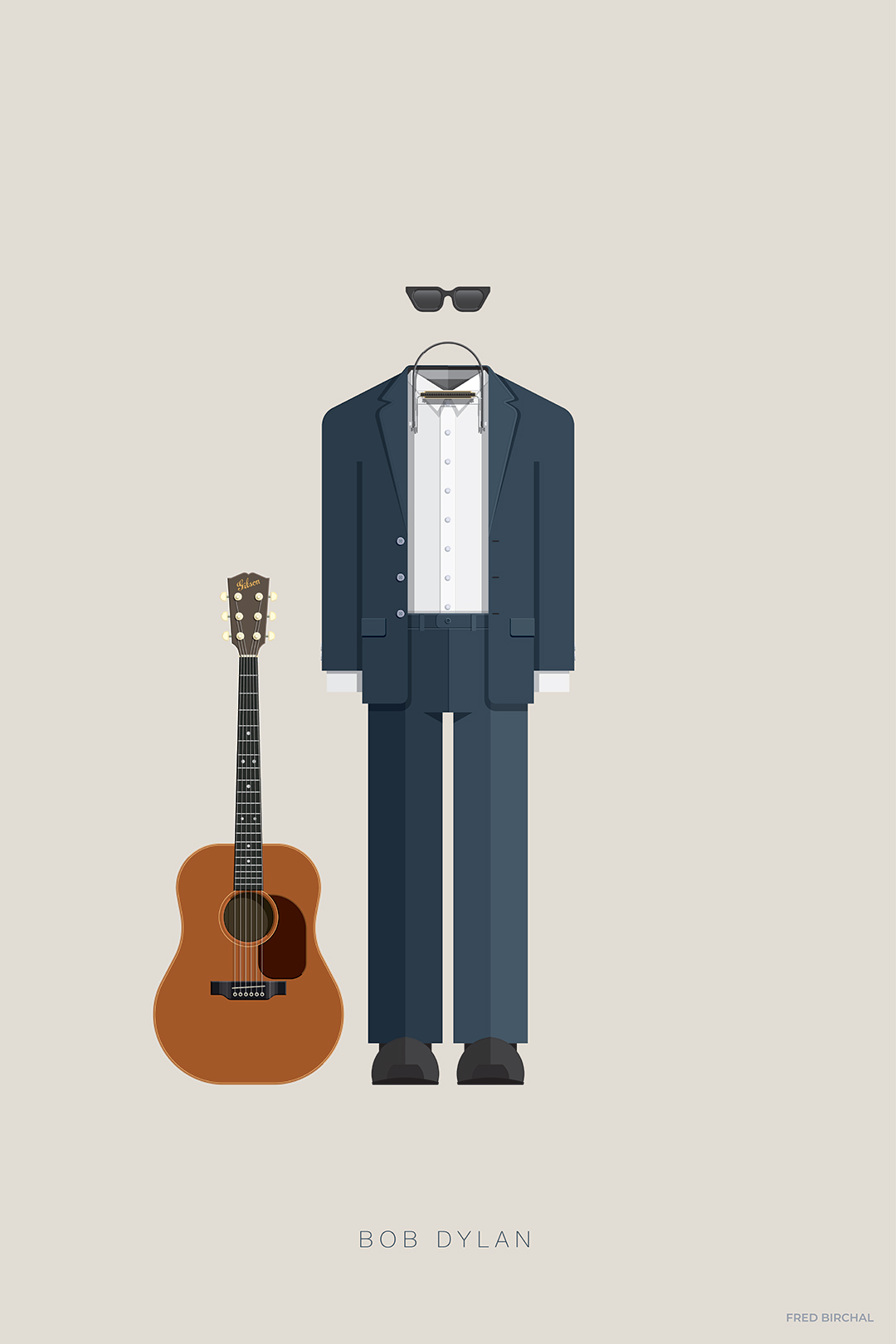 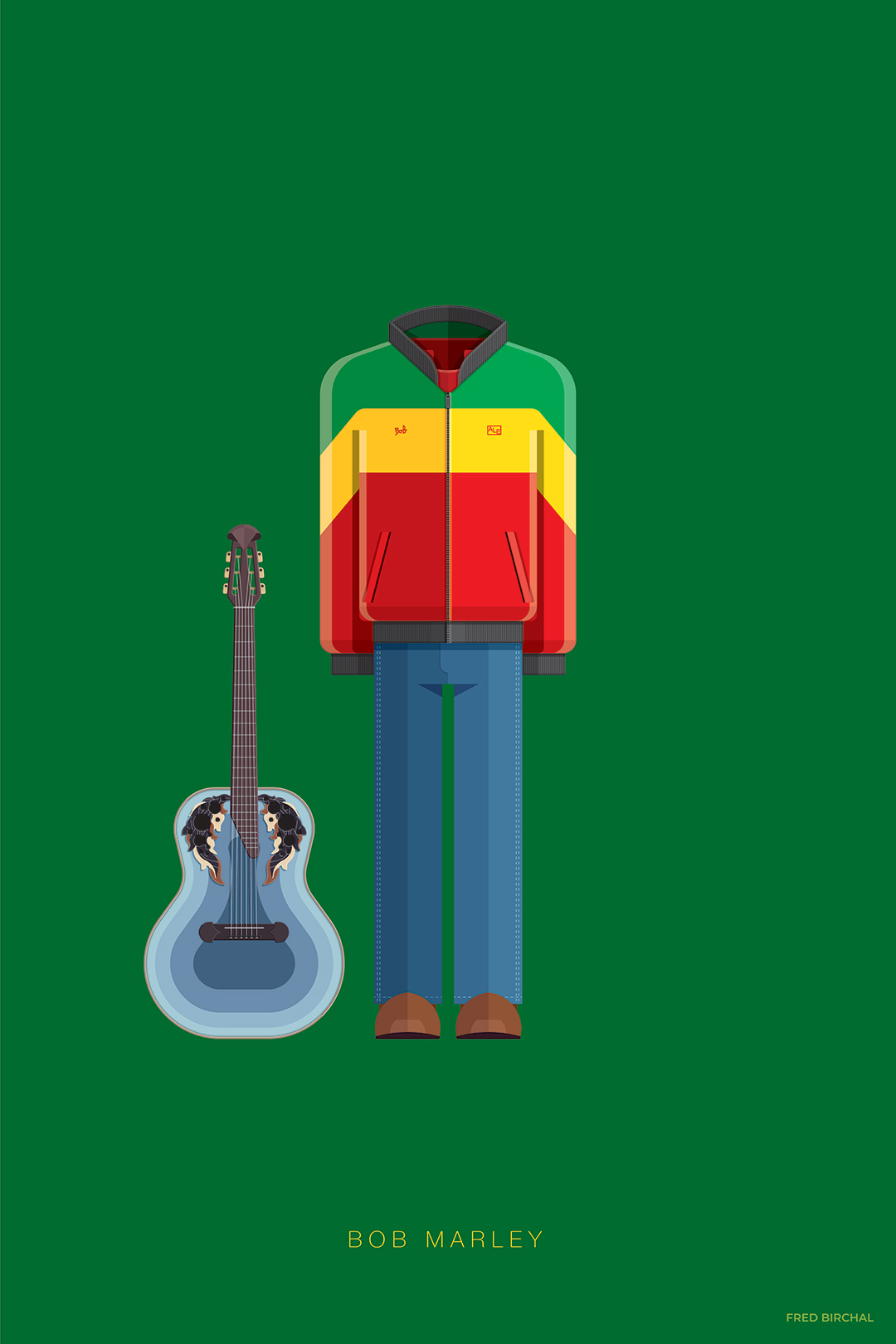 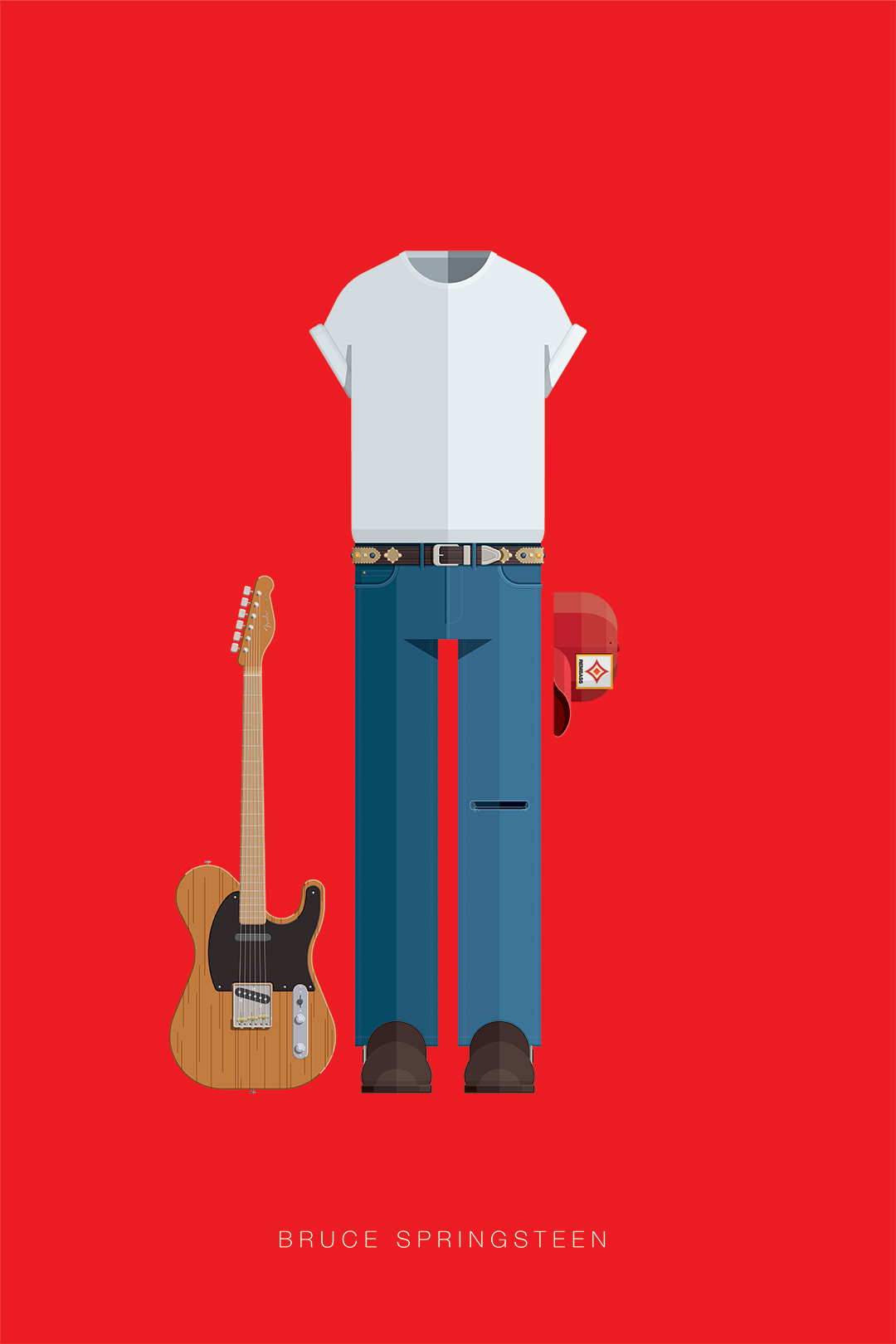 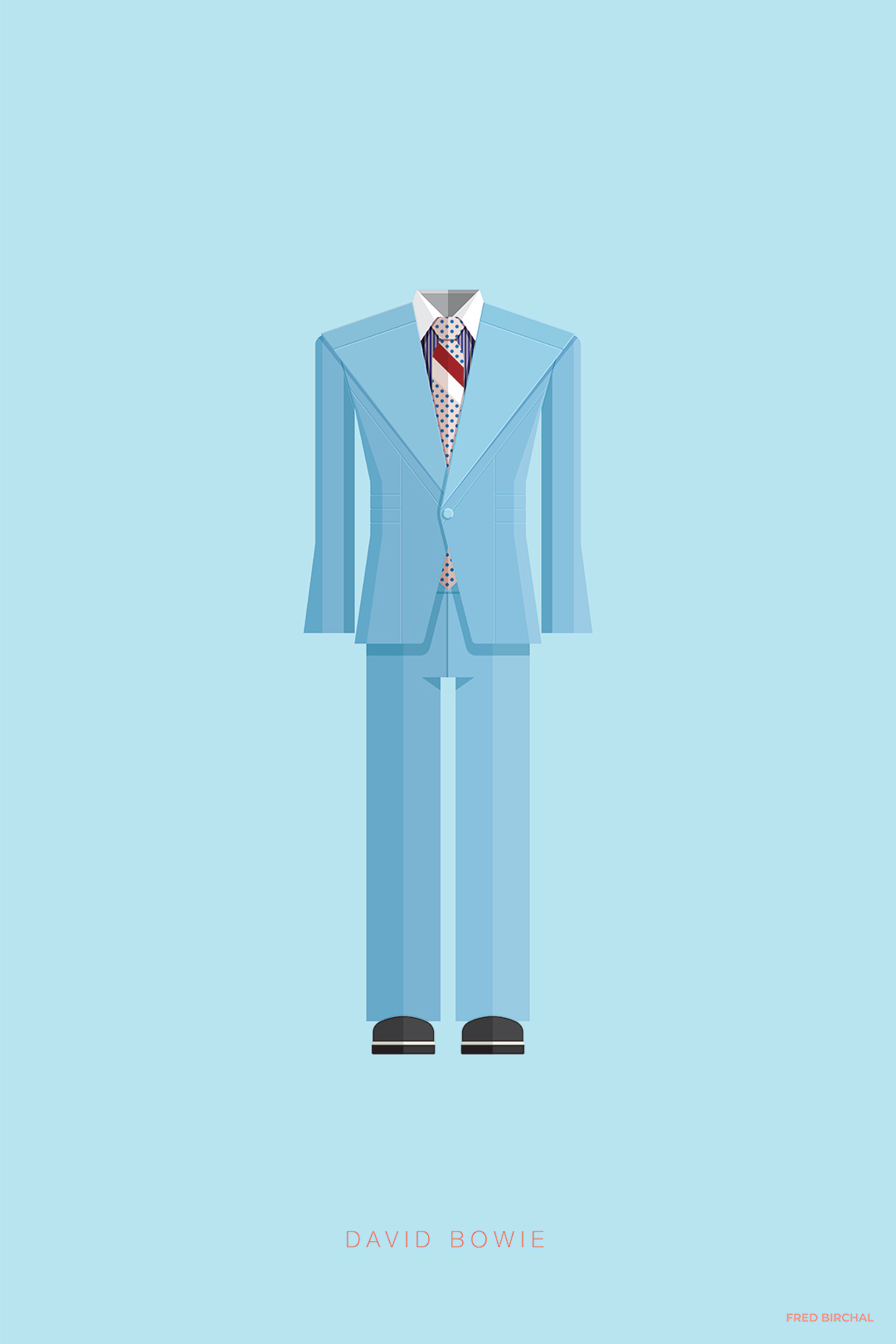 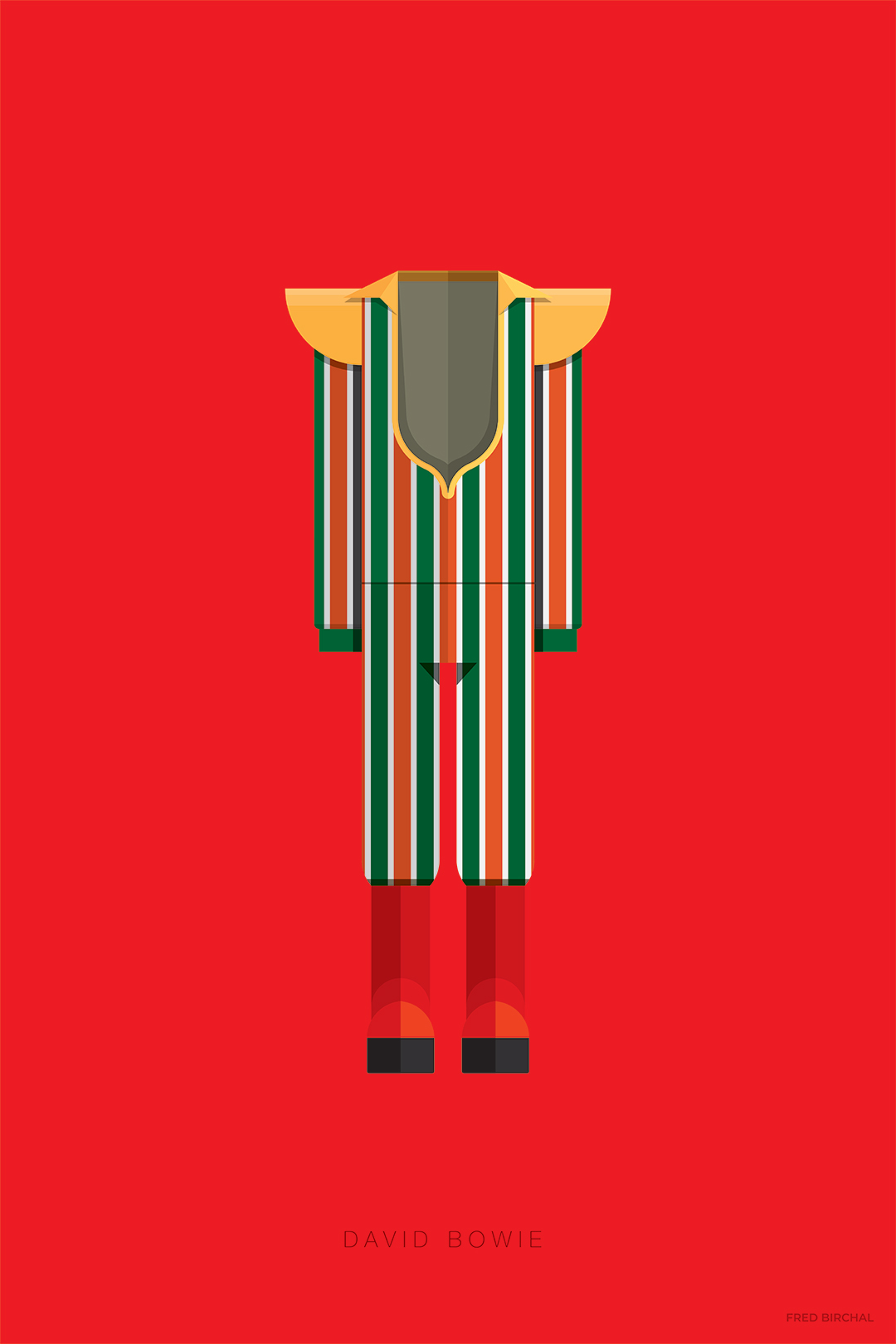 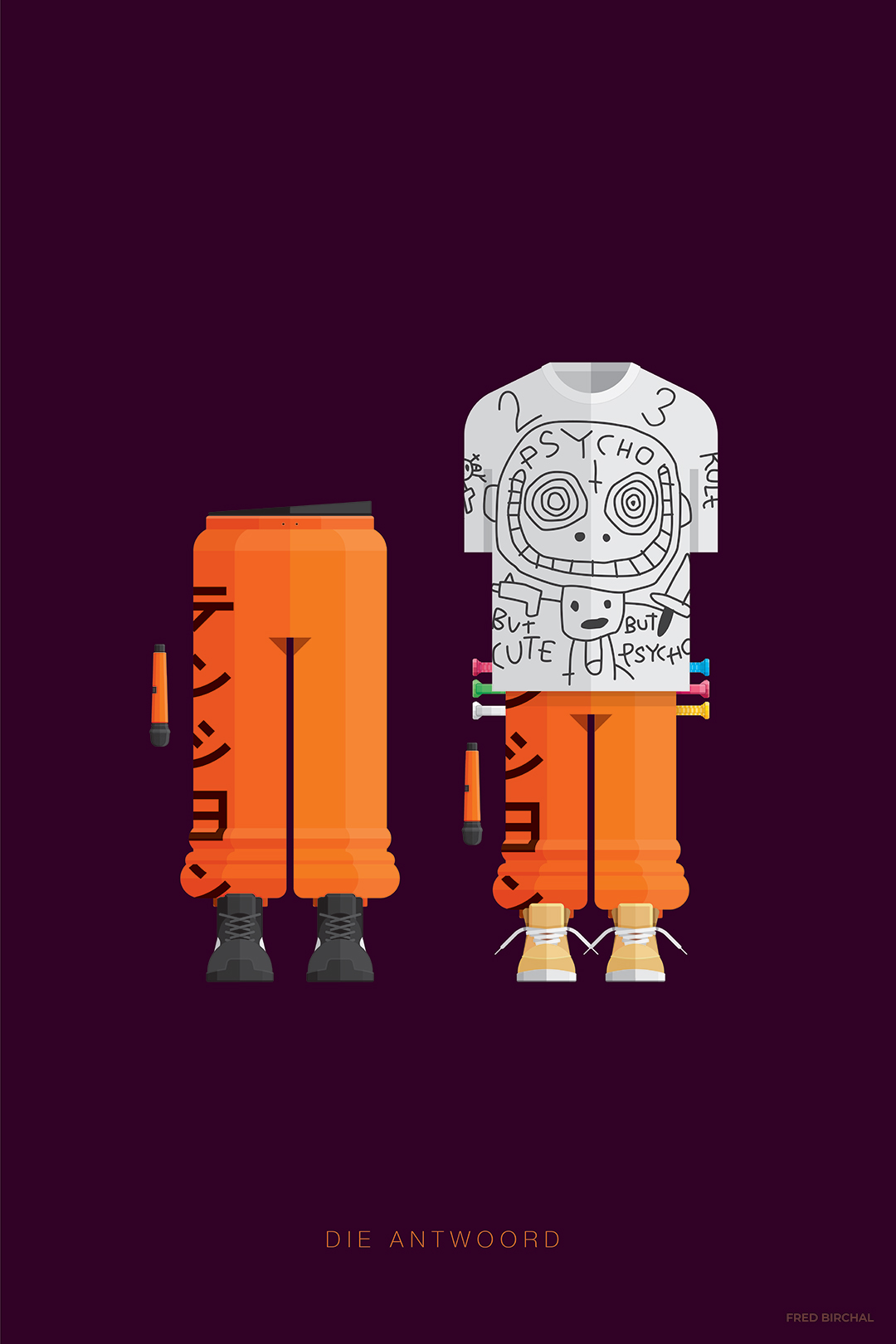 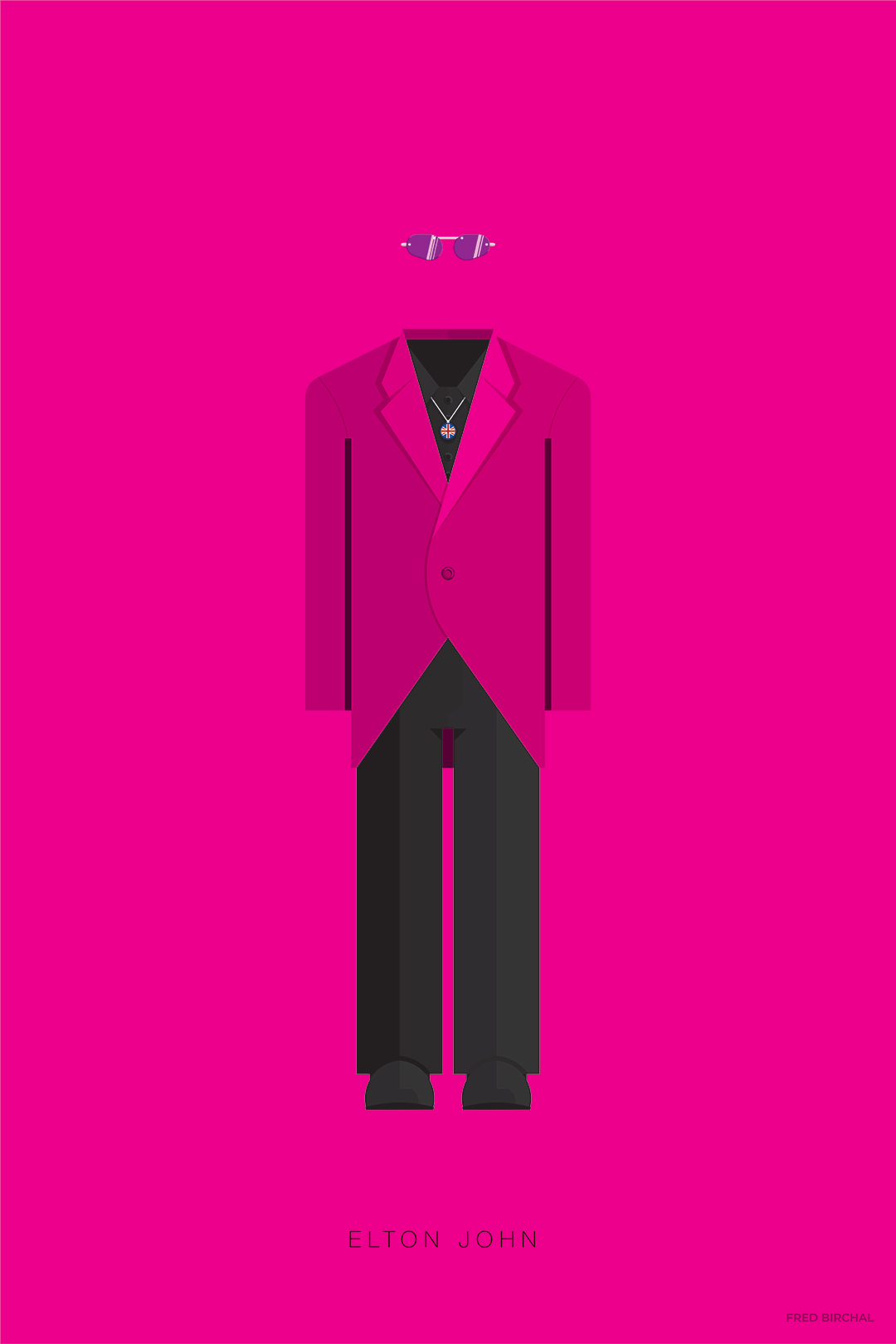 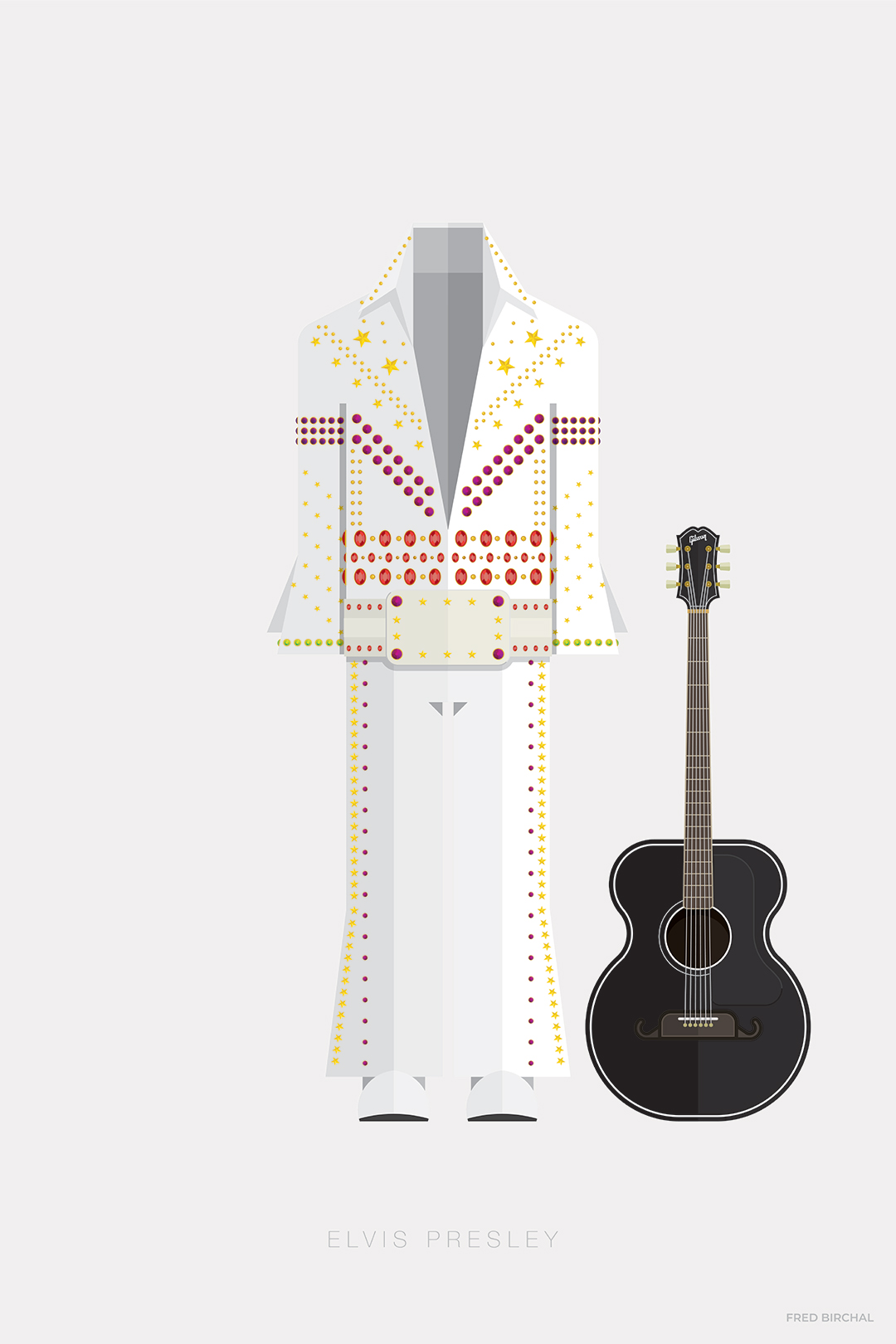 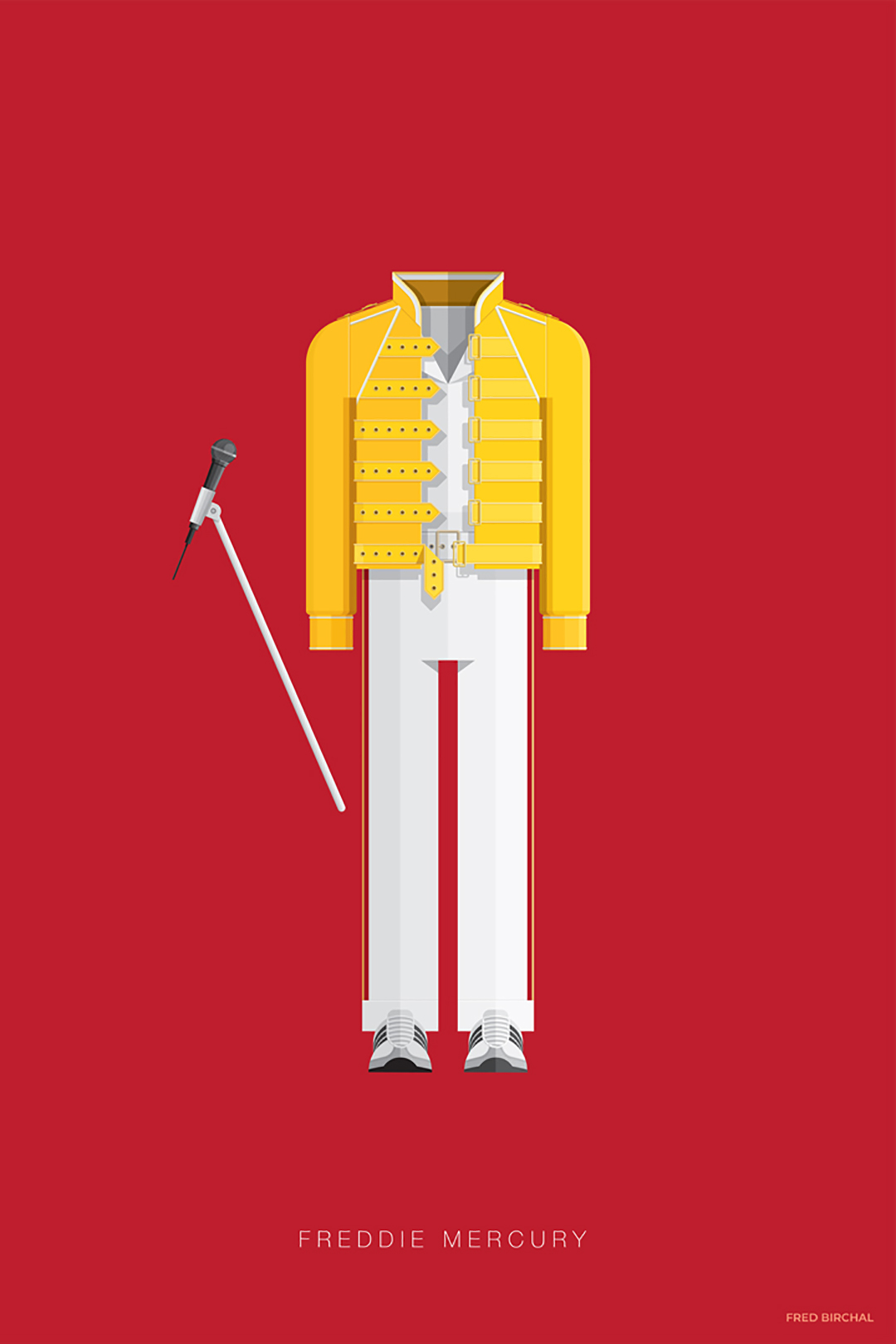 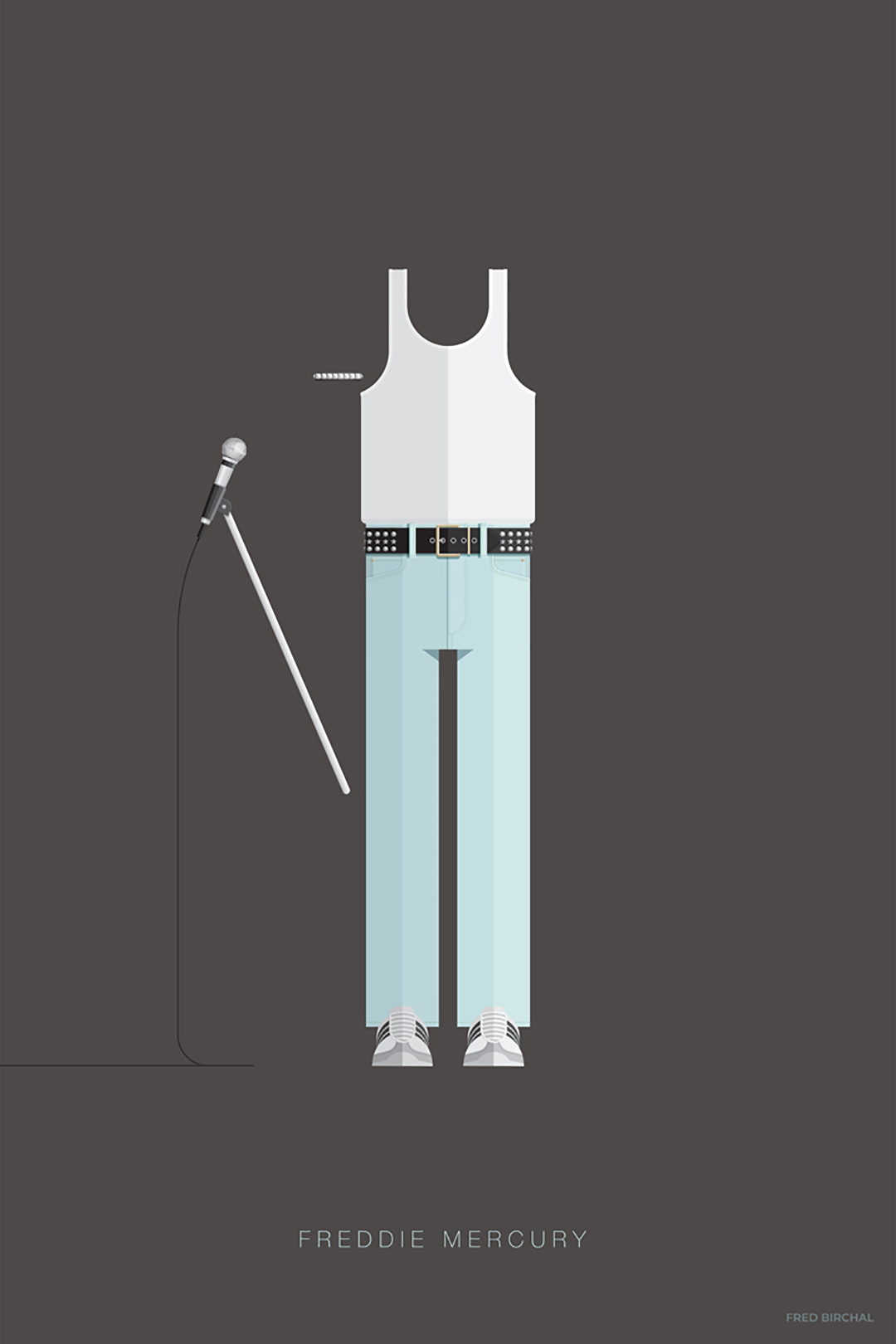 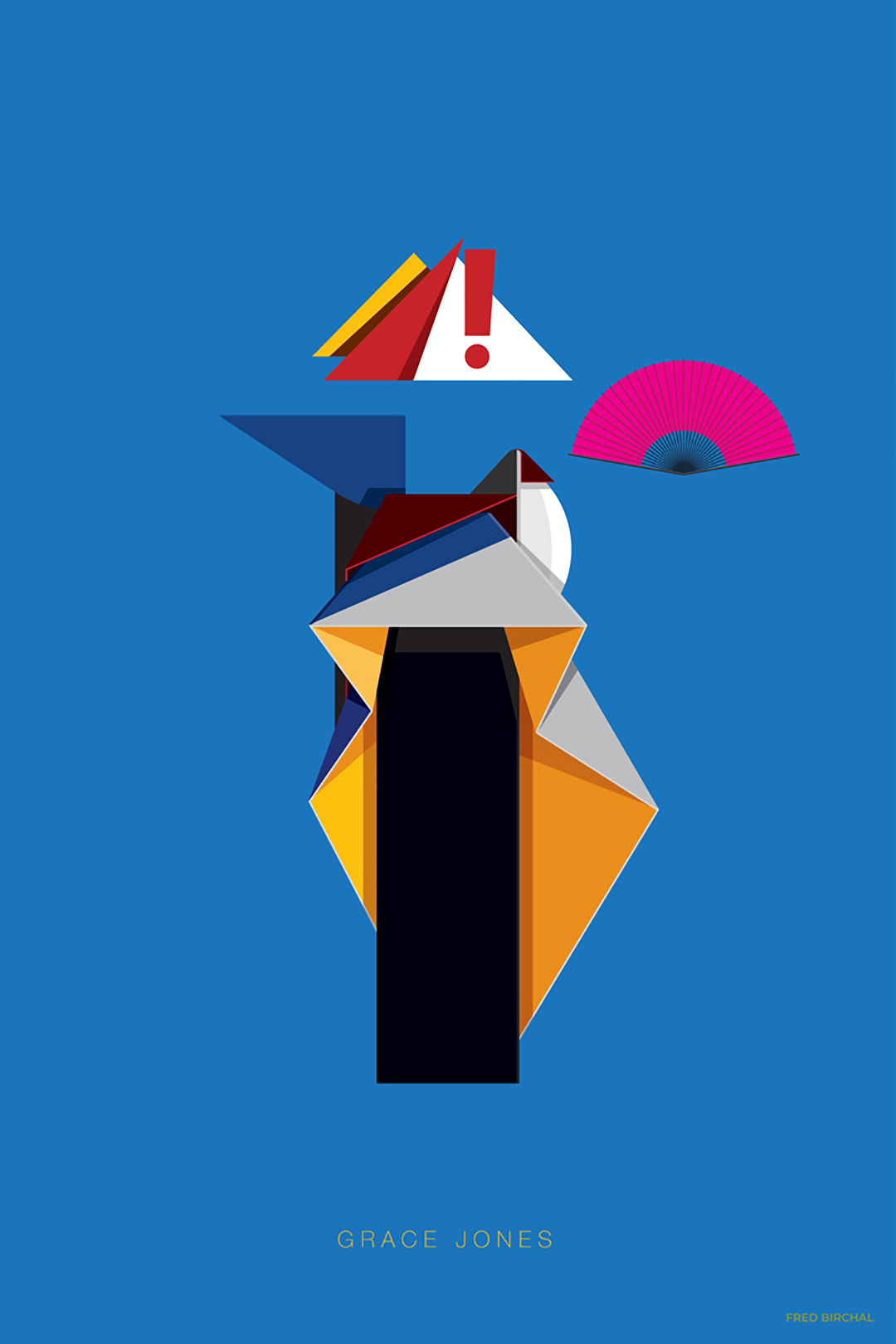 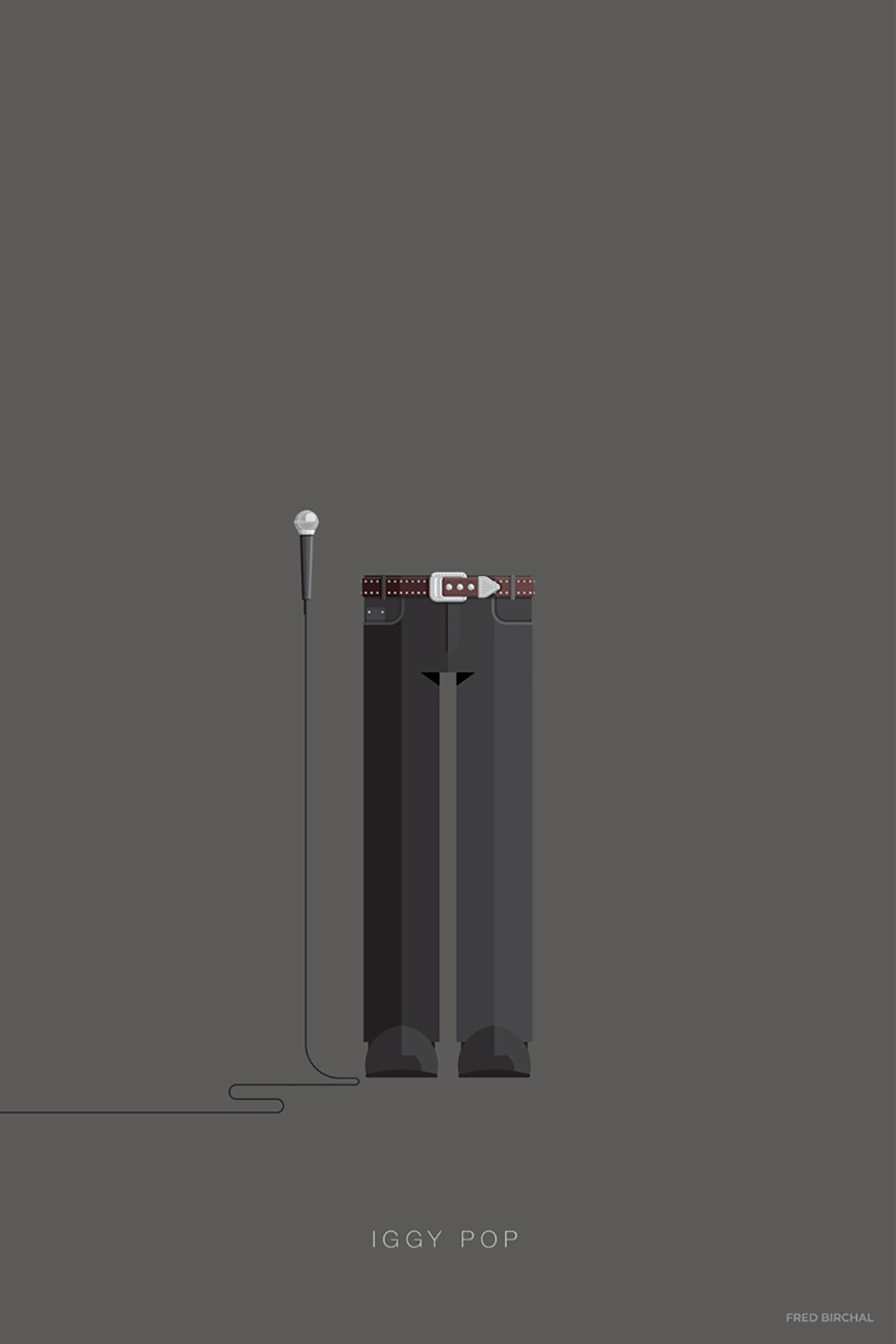 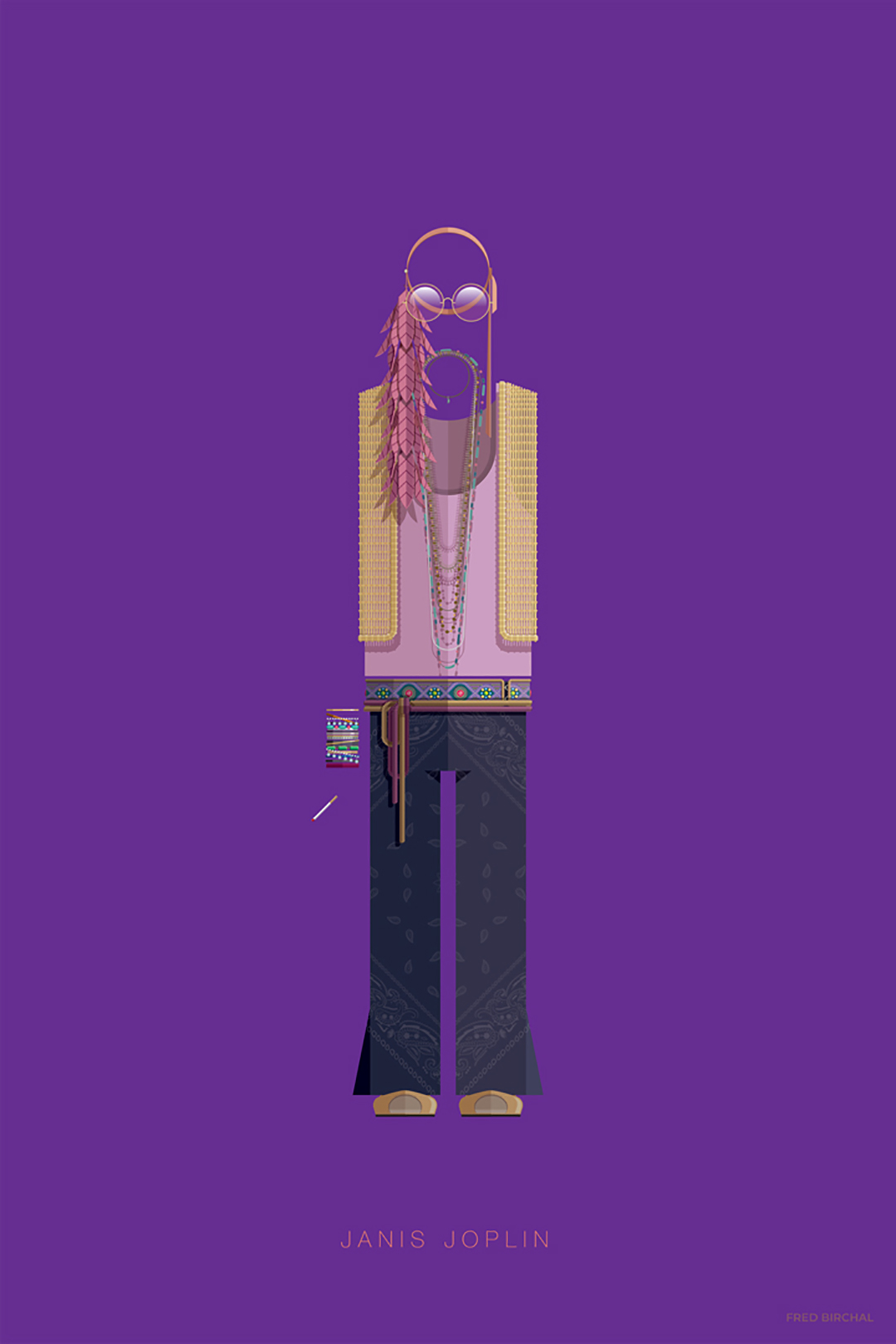 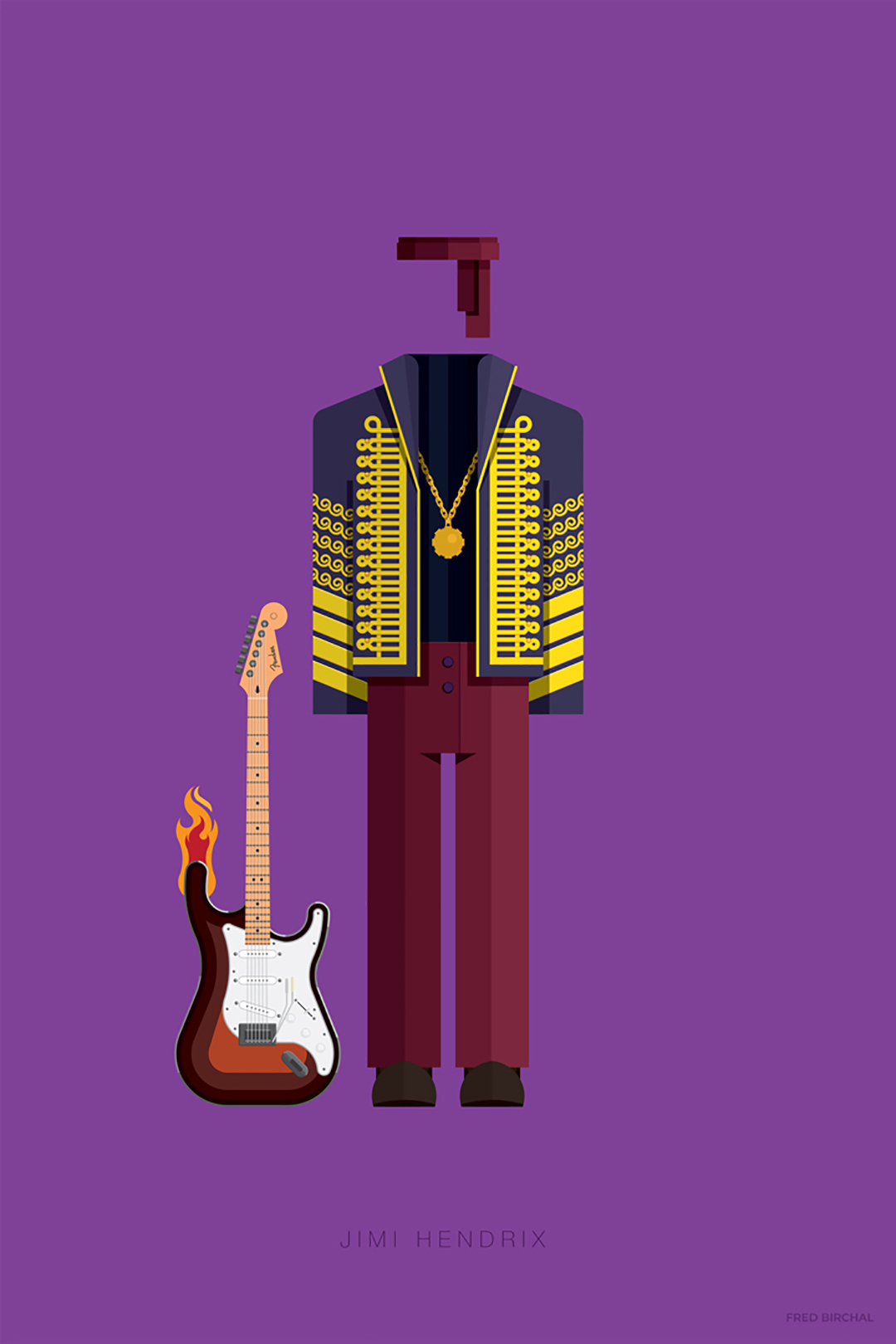 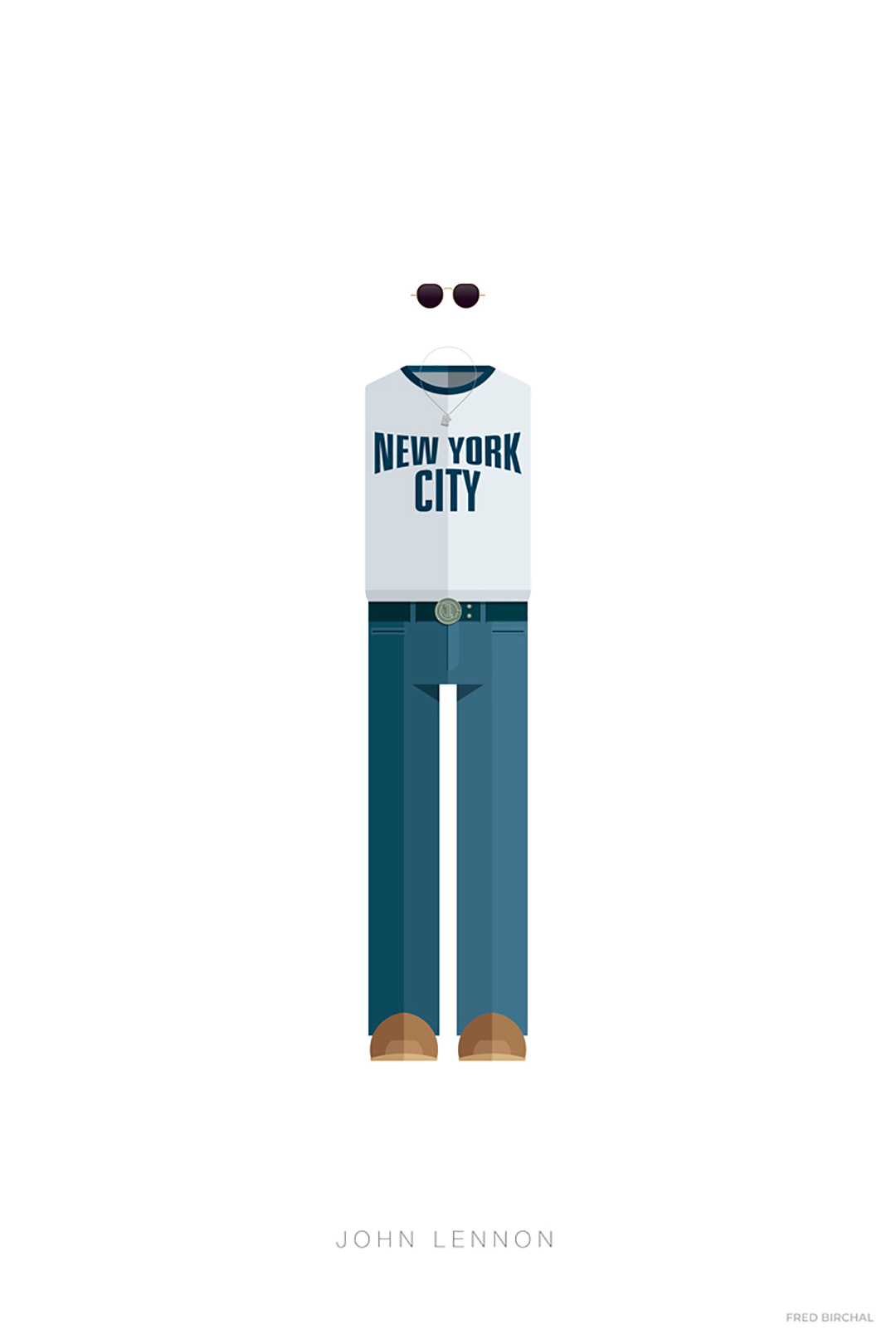 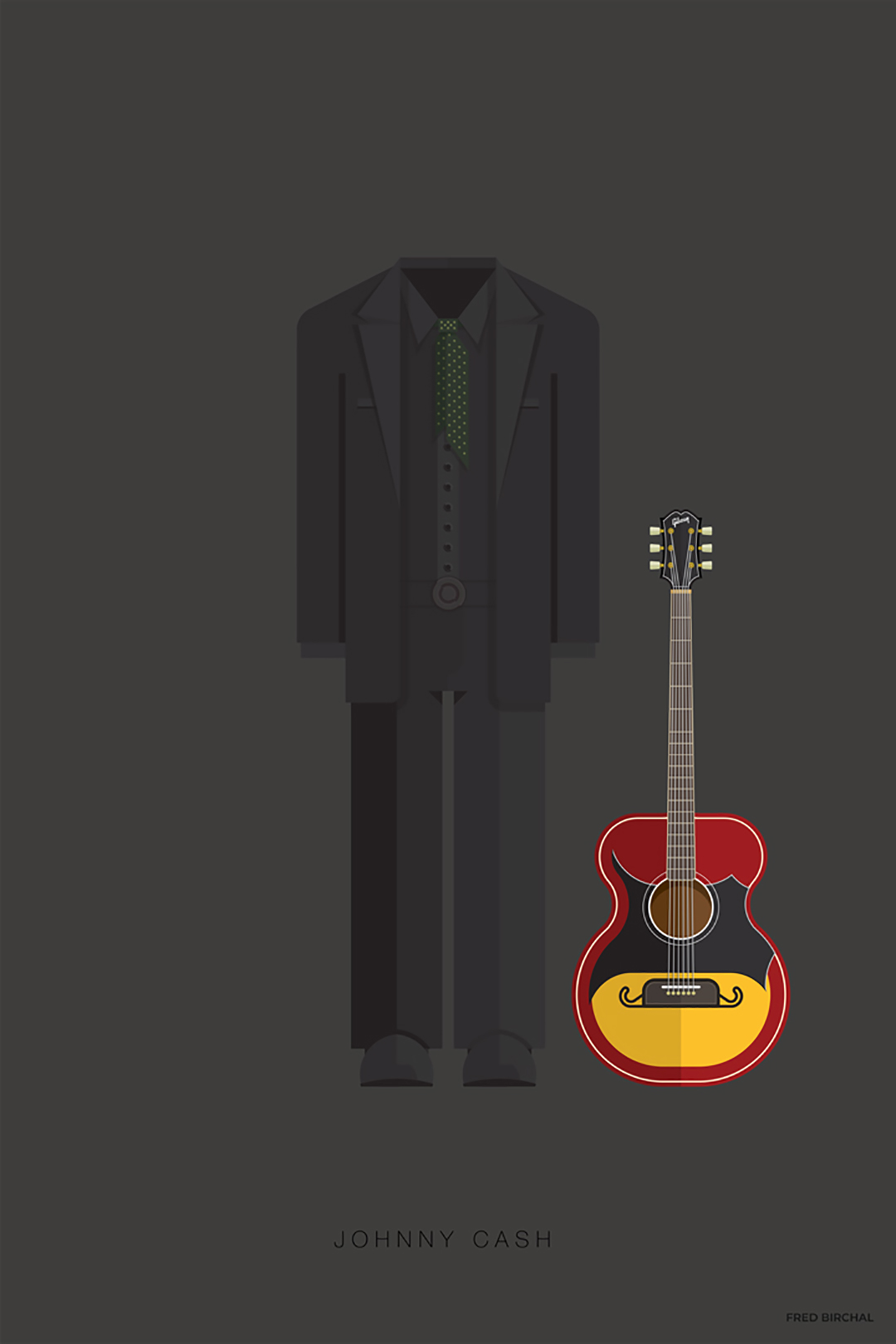 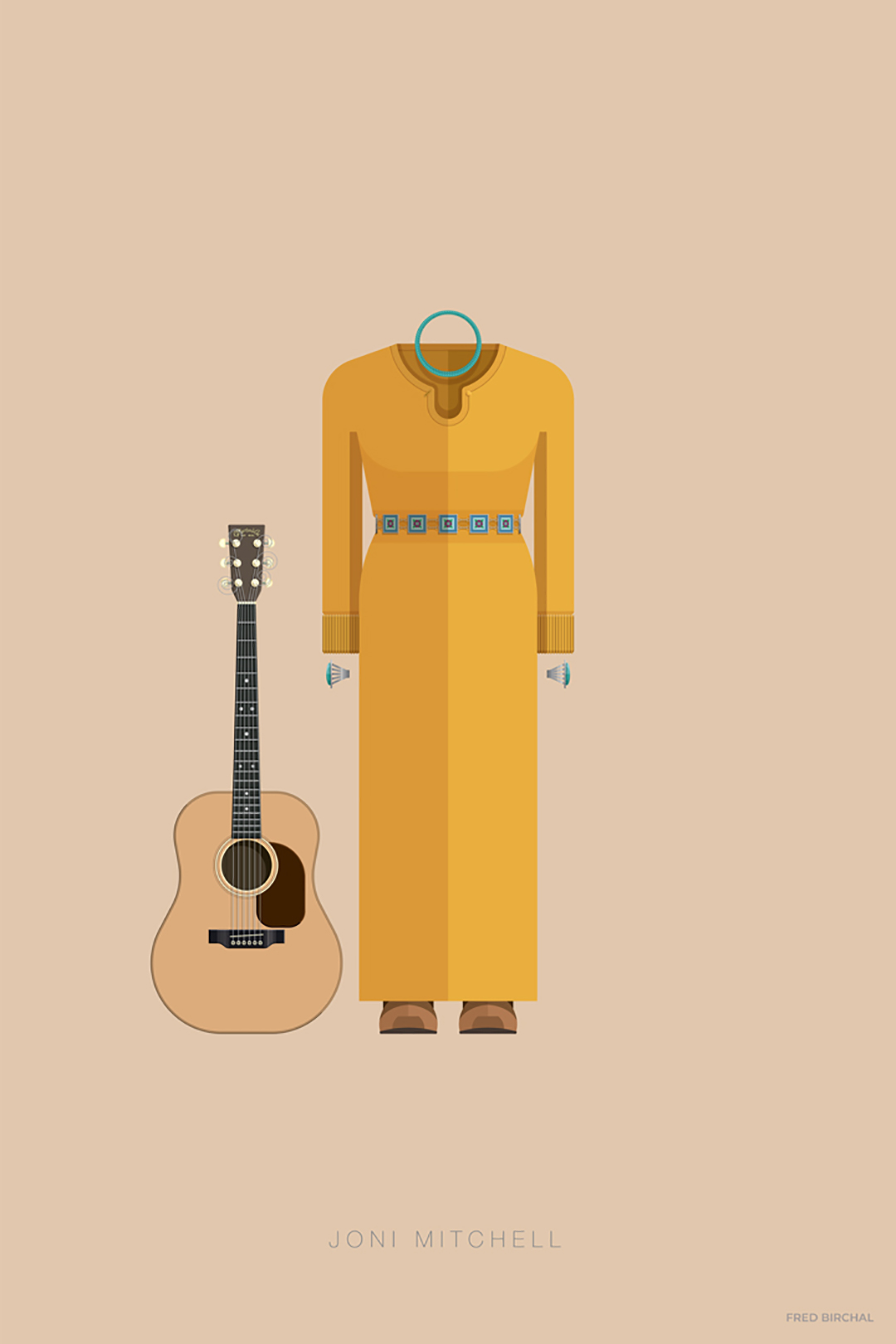 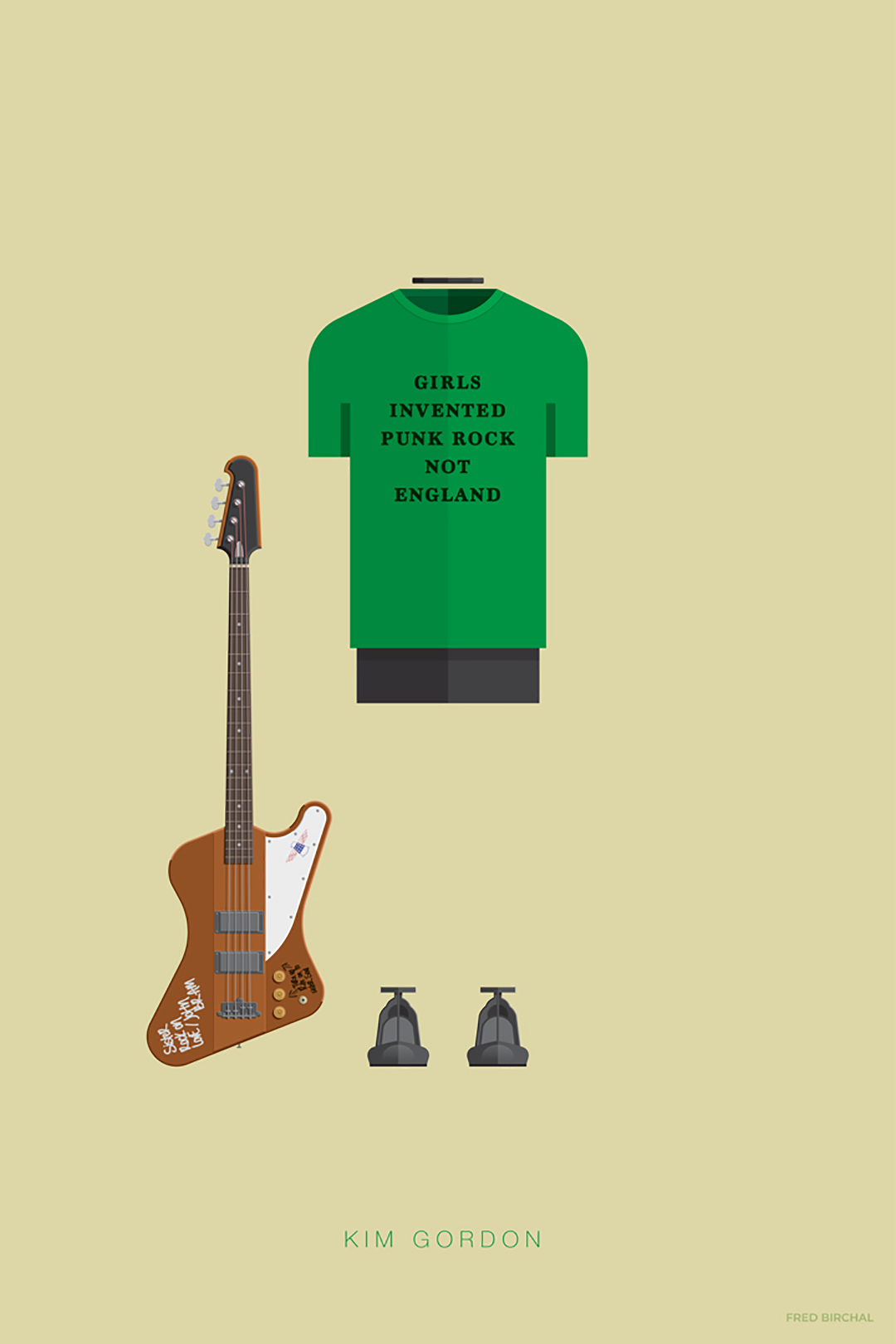 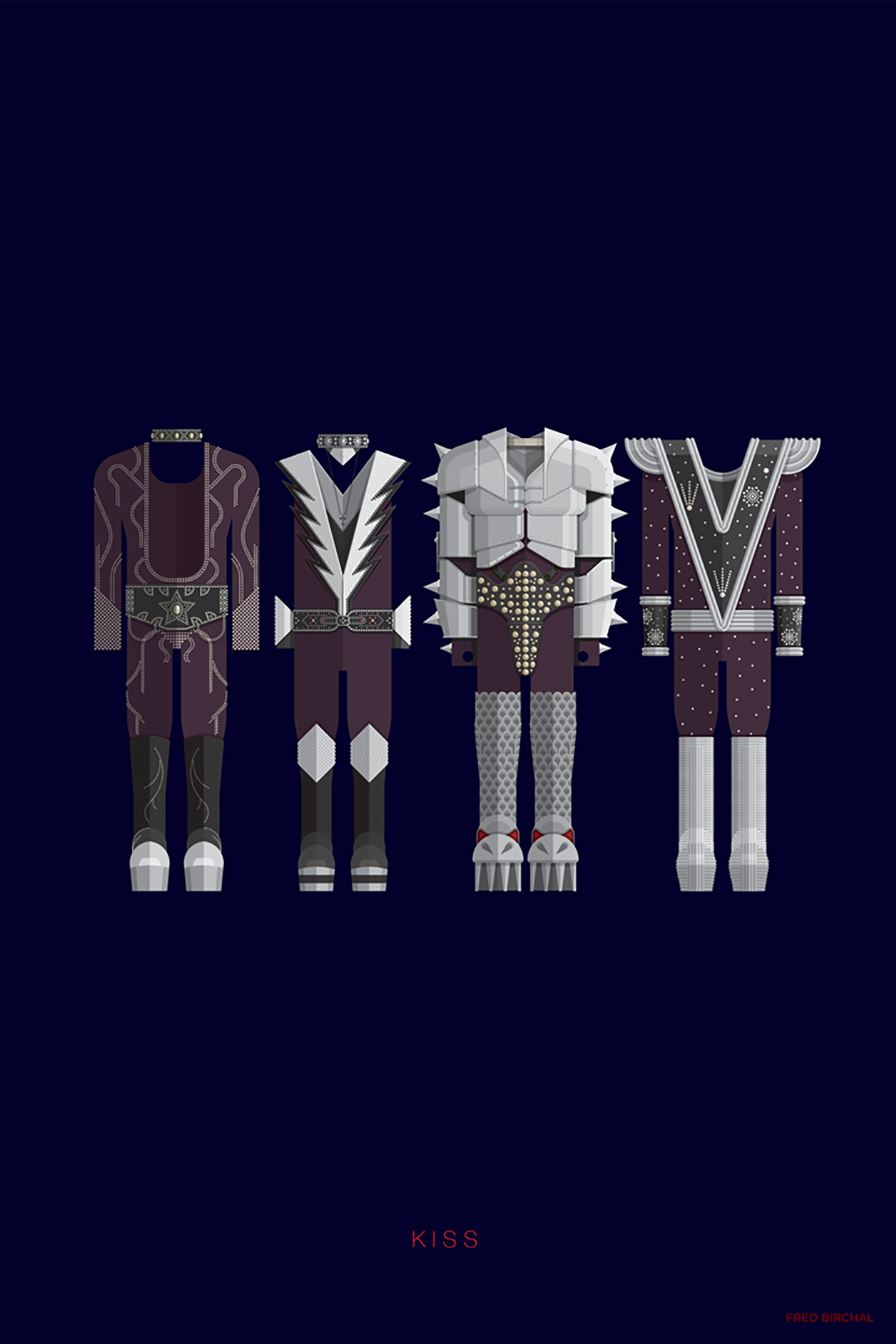